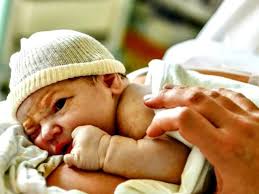 Mohammed ranks first as the most popular name for newborn boys in the German capital once all the variations of the name, such as different spellings like Muhammed and variations like Mehmet, are counted together, German tabloid Bild reports.

The name has also become very popular in Bremen, where it ranks in third place for newborn boys behind Ben and Elias.

However, while Mohammed is the most popular name for children in Germany's urban capital, it failed to make the top ten in terms of popular names across all of Germany.

The top five most popular names across Germany for boys were Paul, Alexander, Maximillian, Elias, and Ben.

According to the GfDS, there are around 65,000 current first names in use in Germany, explaining that even the most popular name of Paul was only given to one in 76 children born last year.