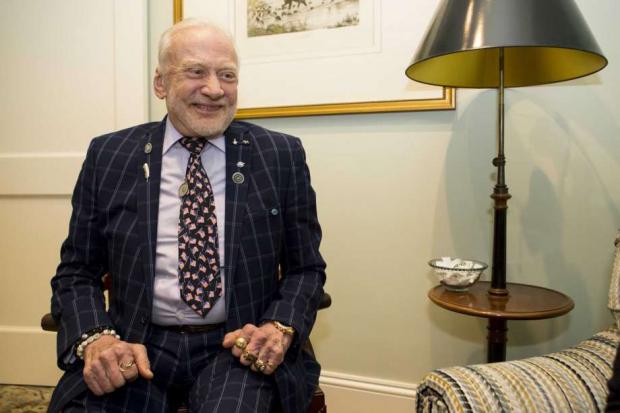 When Neil Armstrong, Michael Collins and I went to the moon 50 years ago this July, we did so with a mission. Apollo 11 aimed to prove America's can-do commitment to space exploration, as well as its national security and technological superiority. We did all that. We also "Came in Peace for all Mankind." More of that is needed now.

Today, many nations have eyes for the moon, from China and Russia to friends in Europe and Middle East. That is all good. The United States should cooperate - and offer itself as a willing team leader - in exploring every aspect of the moon, from its geology and topography to its hydrology and cosmic history. In doing so, we can take "low-Earth orbit" cooperation to the moon, openly, eagerly and collegially.

Meanwhile, another looming orb - the red one - should become a serious focus of U.S. attention. Mars is waiting to be discovered, not by clever robots and rovers - though I support NASA's unmanned missions - but by living, breathing, walking, talking, caring and daring men and women.To make that happen, members of Congress, the Trump administration and the American public must care enough to make human exploration missions to Mars a national priority.

OTHER-WORLDLY Jupiter, Saturn and Mercury conjunction how to watch tonight