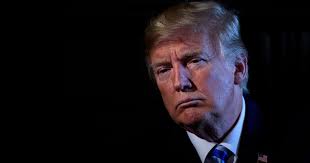 In a Thursday night phone interview on Fox News, host Sean Hannity asked "will you declassify the FISA applications, gang of 8 material, those 302s - what we call on this program 'the bucket of five'?"

Last September 17th, Trump vowed to release all text messages related to the Russia investigation with no redactions, as well as specific pages from the FBI's FISA surveillance warrant application on former Trump campaign aide Carter Page, and interviews with the DOJ's Bruce Ohr.

Four days later, however, Trump said over Twitter that the Justice Department - then headed by Attorney General Jeff Sessions (while the Russia investigation was headed up by Deputy AG Rod Rosenstein) - told him that it might have a negative impact on the Russia probe, and that key US allies had asked him not to release the documents.