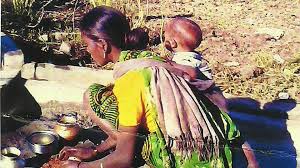 This comes five years after a significant break from the past occurred in Indian politics. Now, for the first time since independence, the ruling party and the Prime Minister have no connection with the British colonial past.

Narendra Modi, the Prime Minister, was born in 1950, three years after the British left.

It is perhaps no coincidence then that this cycle's electioneering is by far of the lowest quality I have ever seen. Terrorists, criminals, mass-murderers, fanatics, conmen, and gang-rapists populate the field. Moreover, at least one-third of the current legislators have criminal proceedings against them, and this in a country where most crimes never get reported. Every face I see reminds me of Gollum (of The Lord of the Rings).