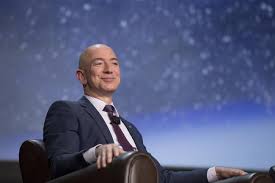 The near-consensus cadre of bullish analysts (48 out of 50 tracked by Bloomberg have a "buy" rating on Amazon) call for more of the same.  But will an ongoing government kerfuffle derail the AWS miracle?

Last Wednesday, the Department of Defense (DoD) cleared itself of wrongdoing following an internal investigation into the forthcoming award of the $10 billion cloud computing Joint Enterprise Defense Initiative (JEDI) program. Yet the Pentagon's self-exoneration was not comprehensive, as Bloomberg noted that: "The investigation uncovered evidence of unethical conduct that will be referred to the DoD inspector general for a separate review."

The JEDI contract has been hotly contested among some of the largest cloud-computing companies in the U.S., and for good reason. The winner-take-all award has been narrowed to two contenders, AWS and Microsoft Corp. According to an updated timeline issued by a Federal judge Tuesday, the JEDI mandate will be awarded sometime after mid-July.

With the stakes high, Uncle Sam's corporate suitors are pulling no punches. In December, recently-eliminated Oracle Corp. filed suit with U.S. Court of Federal Claims asserting that the JEDI process has been marred by conflicts of interest.