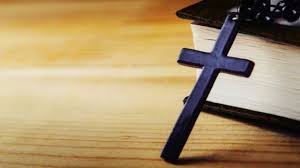 A number of analysts have warned that by enshrining "sexual orientation" in the statute, even pedophilia and pederasty could be protected. In the House of Representatives, Democrats already have more than enough co-sponsors to pass the bill. And in the Senate, they are getting very close. But a massive coalition of critics from across the political spectrum and a broad array of religious traditions is rising up to stop it before it is too late.

Among other changes, the so-called Equality Act, also known as H.R. 5 in the House and S. 788 in the Senate, purports to "prohibit discrimination on the basis of sex, gender identity, and sexual orientation." To do that, it would enshrine actual or perceived "sexual orientation and gender identity" into federal statutes. That would give homosexuality, transgenderism, and other perversions of human sexuality and gender the same protections as race or sex in employment, housing, public accommodations, and more. Incredibly, the legislation specifically states that religious freedom may not be used as a defense under the bill. And it applies to churches, religious schools, religious hospitals, religious employers, gathering places, sports, all government entities, and more.