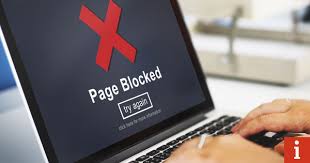 But when does the block kick in, why is the government changing the rules, and can you switch it off?

They'll join a number of other sites in using the AgeID system, which requires users to verify their age via an official form of ID.

From July this year, when the new system is being launched, randy internet lurkers will be shown a non-pornographic "landing page", according to AgeID spokesman James Clark.

"When a user first visits a site protected by AgeID, a landing page will appear with a prompt for the user to verify their age before they can access the site," he told The Metro.

Three Critically-important - and Suppressed - Articles that our Governors, the Media and the Public

Donald Trump Offered to Help North Korea on Coronavirus. Why Not Iran?