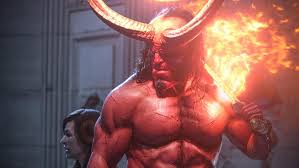 Domestic revenue year to date is at its lowest level since 2013, according to Comscore.

Such was the case at the weekend box office, where Millennium and Lionsgate's Hellboy remake opened to a dismal $11.9 million, further contributing to an overall downturn in combined ticket sales year to date following a banner 2018.

Through Sunday, revenue at the North American box office was an estimated $2.74 billion, the lowest showing since 2013 for the comparable time period, according to Comscore.

That's down 17 percent from the same corridor in 2018 — when Black Panther opened — and 18 percent from 2017, home of winter and early spring hits Beauty and the Beast and Logan, among other titles.

The big question now is whether the box office can rebound and surpass the record $11.9 billion collected domestically in 2018, and an all-time best $41.7 billion globally.