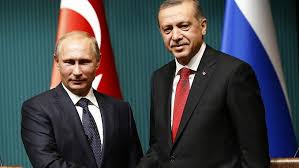 "At the initial stage the investments in the funds' projects will amount to 200 million euros. The total size of the Russia-Turkey Investment Fund is 900 million euros," the RDIF said in a statement.

The agreement of the new cooperative venture was signed in the presence of Erdo?an and Russian President Vladimir Putin, and will be central to assisting joint Russian-Turkish projects in the areas of technology, healthcare, and urban infrastructure.

"This is an important milestone for TWF and we believe initiating investments through RTIF in focused sectors will cement the relationship of both sovereign investment funds and further strengthen the relationship between Turkey and Russia," the managing director of the Turkey Wealth Fund, Zafer Sönmez, said in a media release.