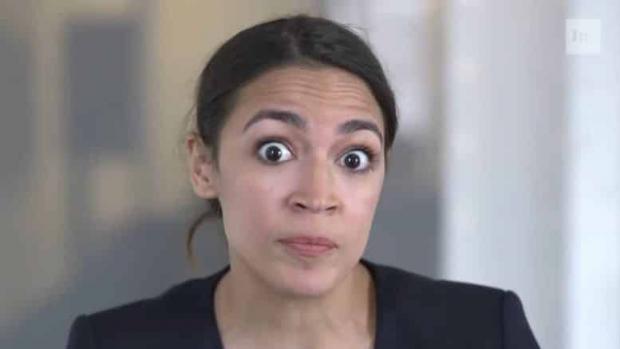 It is a disturbing experience to listen to the rambling comments of 30-year old ex-barmaid, Alexander Ocasio-Cortez (AOC). As you listen to the ignorance, inaccuracies, and naïve views, you understand why the Founding Fathers limited the age of eligibility for President to 35. The question is why do her views receive so much attention?

The answer is because a group of technocrats saw an opportunity to push non-issues onto the stage without the danger of association. It is a technique seen as essential for control in today's insane world. It is called plausible deniability and Obama was probably as good a practitioner as any to date.

If you lack the abilities required to wangle your way to the top or prefer to control from the shadows, then a public figure is an alternative. Obama started as such, a person chosen by George Soros and created by Valerie Jarrett. He was only supposed to serve one term but became enamored of the power and privilege of the job. In Obama's third year Soros announced he would not support him for a second term. By that point, Obama decided to run and only succeeded because three million Republicans refused to vote for Romney.

The Democrats have no clear political leader or even a potential leader on the horizon. The ones who are apparently considering the position are so far left that they guarantee a loss at the next election. A large number of Democrats will not vote or even vote for Trump. A report said that some 30% of attendees at his recent rally in Grand Rapids Michigan are registered Democrats. They also have no policies because Trump usurped their traditional sectors of American society and their issues.

AOC is one of hundreds of thousands of people with web sites on which they regularly post commentaries. Her comments are not extraordinary or outside of the ordinary, whatever that is on the internet. The first thing that took her above the mob was an election to Congress, but that raises the same questions. What made her stand out above the large number of Democrats in her New York district? The level of ignorance in all aspects of politics, history, and economics was on display after her election. It was undoubtedly worse before she was elected, which makes the question of how she ran for office more pressing.