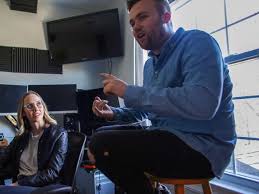 The service is the brainchild of filmmakers Naomi Burton, 29, and Nick Hayes, 22, a girlfriend-boyfriend duo who gained national attention last year for producing a campaign video for Ocasio-Cortez that went viral and helped to propel the formerly unknown candidate to an upset Democratic primary victory.

Means TV began releasing preview videos last month and Burton and Hayes are aiming to raise $500,000 through the website by May 30. That amount could finance an initial year of programming, which would roll out late this year or early 2020, they said.

Whoopi Goldberg To Rioters: 'If You Burn Everything Down,' We 'Still Have To Come Up Wit

AMC has 'substantial doubt' that it can survive coronavirus outbreak shutdown