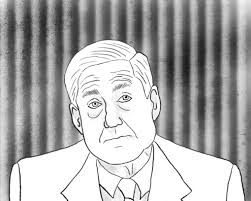 On the core mandate of the investigation, given to Special Counsel Mueller by Rod Rosenstein as Acting Attorney General in May of 2017—to investigate "any links and/or coordination between the Russian government and individuals associated with the campaign of President Donald Trump"—the takeaway conclusion stated in the Mueller report, as quoted in the Barr summary, is that "[T]he investigation did not establish that members of the Trump Campaign conspired or coordinated with the Russian government in its election interference activities."

In the footnote indicated at the end of that sentence, Barr further clarifies the comprehensive meaning of that conclusion, again quoting the Report's own words: "In assessing potential conspiracy charges, the Special Counsel also considered whether members of the Trump campaign 'coordinated' with Russian election interference activities. The Special Counsel defined 'coordination' as an 'agreement—tacit or express—between the Trump Campaign and the Russian government on election interference'."

Barr restates the point of the cited conclusion from the Mueller Report a number of times: "The Special Counsel's investigation did not find that the Trump campaign or anyone associated with it conspired or coordinated with Russia in its efforts to influence the 2016 U.S. presidential election…the Special Counsel did not find that any U.S. person or Trump campaign official or associate conspired or knowingly coordinated with the IRA [Internet Research Agency, the indicted Russian clickbait operation] in its efforts."