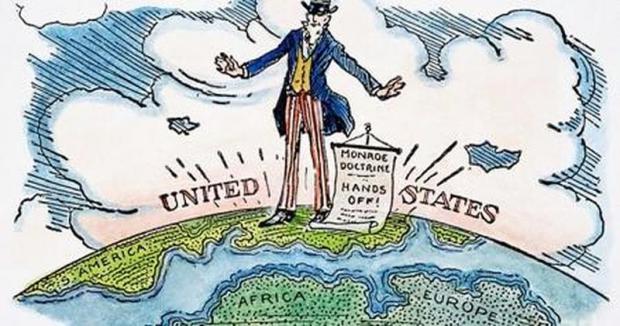 . It is a version of the old neocon doctrine attributed to Michael Ledeen, the belief that every once in a while, it is necessary to pick out some crappy little country and throw it against the wall just to demonstrate that the United States means business.

"Meaning business" is a tactic whereby the adversary surrenders immediately in fear of the possible consequences, but there are a couple of problems with that thinking.

The first is that an opponent who can resist will sometimes balk and create a continuing problem for the United States, which has a demonstrated inability to start and end wars in any coherent fashion.

This tendency to get caught in a quagmire in a situation that might have been resolved through diplomacy has been exacerbated by the current White House's negotiating style, which is to both demand and expect submission on all points even before discussions begin. That was clearly the perception with North Korea, where National Security Advisor John Bolton insisted that Pyongyang had agreed to American demands over its nuclear program even though it hadn't and would have been foolish to do so for fear of being treated down the road like Libya, which denuclearized but then was attacked and destroyed seven years later. The Bolton mis-perception, which was apparently bought into by Trump, led to a complete unraveling of what might actually have been accomplished if the negotiations had been serious and open to reasonable compromise right from the beginning.