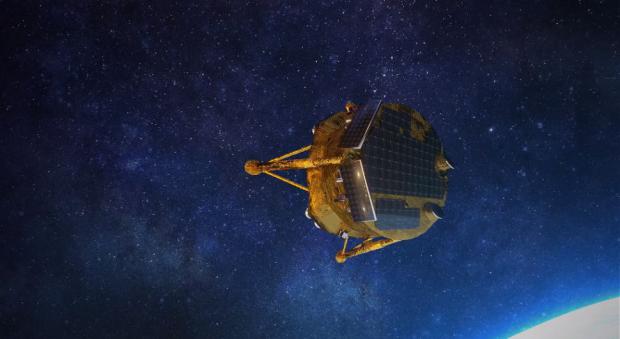 up next is a historic touchdown attempt on April 11.

Israel just became the seventh nation to orbit the moon.

After slowly spiraling away from Earth for the past six weeks, an Israeli spacecraft known as Beresheet slipped into orbit around the moon today (April 4).

This was a historic achievement for the little robot, but it paves the way for something truly epic: a lunar touchdown attempt a week from now. If Beresheet succeeds on April 11, it will become the first Israeli craft, and the first privately funded vehicle, ever to land softly on the surface of the moon.

"The lunar capture is an historic event in and of itself — but it also joins Israel in a seven-nation club that has entered the moon's orbit," Morris Kahn said in a statement. "A week from today, we'll make more history by landing on the moon, joining three superpowers who have done so. Today I am proud to be an Israeli."

The superpowers he referenced are the deep-pocketed governments of the Soviet Union, the United States and China. So, Beresheet also aims to strike a blow for low-cost space exploration; the total mission price tag, including launch, is about $100 million, project team members have said.

Beresheet's mission got its start in 2011, when SpaceIL formed to compete in the Google Lunar X Prize (GLXP).

The GLXP challenged privately funded teams to land a robot on the moon, move it at least 1,650 feet (500 meters) on the surface and have it beam high-resolution imagery home to Earth. The first group to accomplish these tasks would get $20 million, and the second-place team would snare $5 million. An additional $5 million was available for various special accomplishments, bringing the total purse to $30 million.