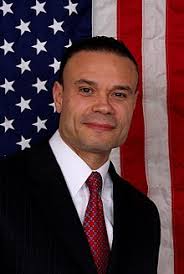 Talk radio and Fox News host Sean Hannity says his sources told him "extraordinarily damning" information on the Department of Justice and FBI will be released soon.

Speaking to Congressman Mark Meadows (R-N.C.) on Monday on Hannity, the host said, "There are going to be criminal referrals issued this week by Chairman Nunes. There are going to be — the president, I interviewed last week — there will be the FISA applications released. There will be [FBI] 302s released, [and] there will be Gang of Eight material. We've identified five buckets of information that will be extraordinarily damning. I know that to be the case, based on all of my sources."

The Washington Examiner points out:

Both Hannity and House Intelligence Committee ranking member Devin Nunes, R-Calif., have talked for months about fighting for the release of several "buckets"of information related to potential misconduct of federal officials.

Nunes says he is prepared to submit a criminal referral this week after President Trump said Wednesday he plans to release the unredacted Foreign Intelligence Surveillance Act warrants made during the early stages of the Russia investigation.