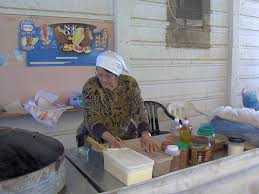 In fact, over the past decades, the territory has become a "consensus" issue among most Israelis, with many seeing no reason to return it. So while President Trump stunned the world last week by recognizing Israel's annexation of the Golan, in Israel almost everyone celebrated the move.

Like in the case of Palestinian refugees, for decades the official Israeli line was that the Golan's inhabitants simply fled of their own accord. According to Syrian estimates, however, only approximately 50,000 of them escaped Israeli bombardments and left alongside the retreating Syrian army. Israeli soldiers admitted in interviews that many residents stayed behind and waited to return to their villages, while others attempted to re-cross the armistice lines.

The IDF would turn to the same methods used against Palestinians in 1948 to prevent the return of the new refugees to their homes — razing entire villages to the ground, driving out the residents, and shooting "infiltrators." Whether through direct expulsion or prevention of return, Israel was effectively ethnically cleansing the Golan.