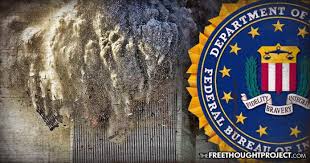 In yet another major move from the great folks over at the Lawyers' Committee for 9/11 Inquiry, Architects & Engineers for 9/11 Truth, and 9/11 victim family members Robert McIlvaine and Barbara Krukowski-Rastelli, a joint federal lawsuit has been filed to assess any evidence the FBI may have known about that contributed to the destruction of the towers on 9/11 which they may have kept from Congress.

The complaint cites the failure of the FBI and its 9/11 Review Commission to assess key 9/11-related evidence that the FBI can be shown to have had, or been aware of, regarding:

the use of pre-placed explosives to destroy World Trade Center Buildings, 1, 2, and 7;

the arrest and investigation of the "High Fivers" observed photographing and celebrating the attacks on the World Trade Center on 9/11;

terrorist financing related the reported Saudi support for the 9/11 hijackers;

video from cameras mounted inside and outside the Pentagon; and