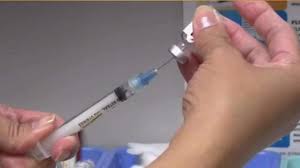 Rockland County declared a countywide State of Emergency relating to the ongoing measles outbreak — the longest outbreak since the disease was eradicated in the United States in 2000, according to officials.

A ban went into effect at midnight, Wednesday, barring anyone who is under 18 years of age and unvaccinated against the measles from public places until this declaration expires in 30 days or until they receive the MMR vaccination.

Those unable to be vaccinated for documented and confirmed medical reasons are exempt from the declaration.

"We believe this to be the first such effort of this kind nationally and the circumstances we face here clearly call for that," Day said. "Rockland will lead the way in service and safety to the people here."

As of Tuesday, there are 153 confirmed reported cases of measles in the county, according to Day.

According to the county, the measles outbreak in Rockland is not limited to one community, but it is affecting residents of Spring Valley, New Square, and Monsey.

Study: CDC's Vaccine Schedule May Be Harmful To Children

The Coronavirus - No Need To Panic

Augmented-reality contact lens is making its way toward production

The dolphins being stolen to ORDER: