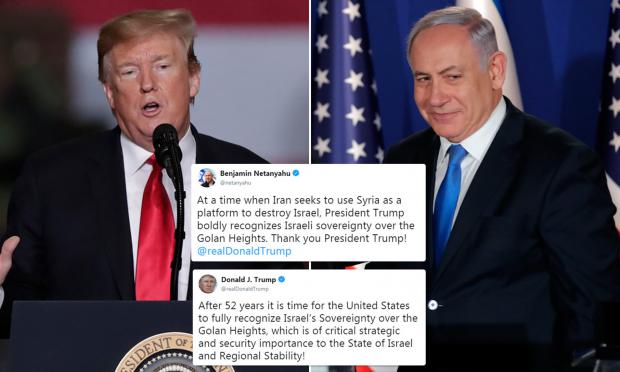 The United Nations has never recognized Israeli sovereignty there

Donald Trump said Thursday on Twitter that it's time for the U.S. to do so

Asked whether his announcement was linked to Netanyahu's political future, Trump said, 'No. I wouldn't even know about that'