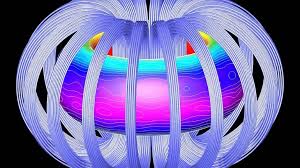 If everything goes smoothly on four critical steps then this could be the beginning of world-changing clean nuclear fusion power. If they can get within a factor of four of their targets then they would be in the clear lead for nuclear fusion.

This would provide them with a lot more funding. LPP fusion wants to build small, decentralized 5 Megawatt nuclear fusion generators that will use hydrogen and boron fuel, both of which are essentially unlimited in nature, to allow direct conversion of energy to electricity without expensive turbines or radioactive waste.

The cost will be 10 times cheaper than any existing energy source, meaning Focus Fusion technology can change the world. The dense plasma focus device (DPF) based on the known physics has a fusion output that increases sharply with electrical current—approximately as current to the fifth power.

If the current is doubled then the fusion yield goes up by 25 or 32. This scaling law, which works for smaller DPF devices, has been interrupted for larger ones. They don't get the yield expected from the scaling law. LPP Fusion thinks that is due to the larger impurities that powerful DPFs have produced.