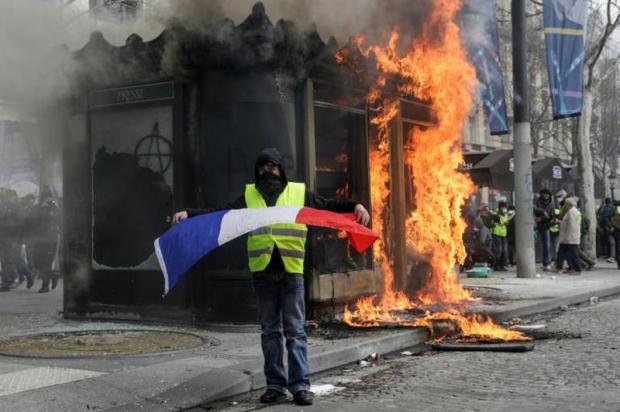 'We will ban demonstrations if ultra elements' are present, said Philippe, according to CNEWS.

The ban will apply to "neighborhoods that have been most affected as soon as we have knowledge of" the "ultras."

"I am thinking of course the Champs-Elysees in Paris, the place Pey-Berland in Bordeaux, the Capitol Square in Toulouse", Philippe added, where "we will proceed to the immediate dispersal of all groups."

Philippe added that he has asked the State Judicial Agent to "systematically seek the financial responsibility of troublemakers."

Saturday marked a significant escalation in violence during the group's 18th straight week of protests - which began as a revolt against a climate-change gas tax and expanded into a general anti-government movement.

As we noted on Sunday, the riots were so severe that French President Emmanuel Macron cut short a vacation at the La Mongie ski resort in the Hautes-Pyrénées following a three-day tour of East Africa which took him to Djibouti, Ethiopia and Kenya.