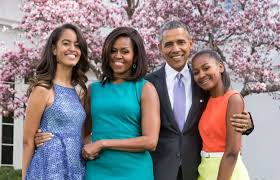 What shocked even the old timers in my hometown was that Mayor Hugh Addonizio, the man who gave me my Eagle Scout Award, would accept kickbacks in cash right across his desk. They were troubled less by his criminality -- that was expected in Newark -- than by his lack of subtlety. Addonizio paid for his indiscretion with a lengthy prison sentence.

So it is with the current college admissions scandal. People have been scamming their ways into prestige universities for decades, maybe centuries, but in the past they have had the good sense not to put the cash on the table. It seems that in this scandal a few of the bribers and their brokers may well pay for their indiscretion with prison sentences as well.

The media pretend to be shocked. In an editorial on the scandal, the New York Times singled out Harvard University for its "special admissions preferences and back doors for certain applicants." This is the same New York Times, however, that published an entirely uncritical article three years prior headlined, "Malia Obama Rebels, Sort of, by Choosing Harvard."

Malia is the fourth member of the Obama family to attend that august university, none of whom, save perhaps for Grandpa Obama, deserved to be there.

Let's start with Obama Sr., the only member of the extended family to attend college before the affirmative action/diversity era. Obama arrived at Harvard in the early 1960s with the goal of getting a Ph.D. in economics. According to biographer Sally Jacobs, Obama "struggled" with his studies but managed to get a Masters degree.

Alas, the university booted him out on moral grounds before he could get his doctorate. An inveterate playboy despite his two ongoing marriages, Obama had an affair with a high-school girl. Denied his Ph.D., says Jacobs, "He goes on to claim the title, nonetheless. He's Dr. Obama. The older he gets, the more he claims it." As will be seen, intellectual fraud runs in the family.

Michelle was the next to attend Harvard, in her case Harvard Law School. "Told by counselors that her SAT scores and her grades weren't good enough for an Ivy League school," writes Christopher Andersen in Barack and Michelle, "Michelle applied to Princeton and Harvard anyway."

'We can't afford to wait for the world to be equal':

'Our values are the same': Michelle Obama defends her friendship with George W. Bush...