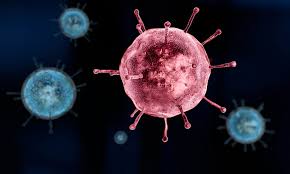 The US Government has been scorned for lifting its ban on experiments to engineer deadly bird flu which could infect humans.

Research into the viruses will soon be allowed to carry on, despite experts warning people could die if the pathogens break out of laboratories.

Scientists say they want to study the virus 'to protect human health' so they can learn more about it and be better prepared for a pandemic.

But Professor Steven Salzberg, a biomedical engineering expert at Johns Hopkins University in Maryland, said he cannot fathom why the US National Institutes of Health, which has permitted the 'dangerous' research, is allowing it to happen.

'I've said it before, more than once,' he wrote in a column for Forbes magazine.

'Engineering the flu to be more virulent is a terrible idea... This research has the potential to cause millions of deaths.'

"Come And Take It": Massive Virginia Gun Rights Rally Kicks Off In Richmond

The student loan debt is $1.6 trillion and people are struggling to pay it down

I Flew American Airlines One Way And Delta Back. It Wasn't What I Expected