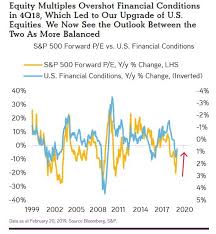 One week after PIMCO's chief investment officer of global credit, Mark Kiesel, told Bloomberg that now is the time to start selling risk as "the market has priced in a lot of good news right now" and with all major asset classes overbought, the Pimco CIO "would be tilting the portfolio towards high quality Treasuries, agencies, investment-grade corporate bonds, owning less high-yield and owning less levered companies" adding that "this has been a situation where the rising tide has lifted all boats", another financial icon has echoed this call. In its latest Global Perspectives note, private equity giant KKR, has issued a similar warning on publicly traded stocks: It's time to sell the rally.

One month after KKR's bullish turn paid off handsomely, with the firm turning tactically overweight US equities just in time to catch the best rally in the S&P since 1987, the private equity giant is now turning more cautious, saying equities are no longer cheap and investors should hold the same amount of U.S. stocks as suggested by benchmarks.

Commenting on his abrupt change in sentiment just one month after he turned bullish, Henry McVey, KKR's head of global macro and asset allocation, wrote that "we are not bearish, but we do not think that public markets will continue to appreciate in a straight line from current levels if earnings growth continues to disappoint". And, as McVey reminds, the equity upgrade in January was "based on our belief that investors were already pricing in a recession, " he said. Now, "We think that fear is no longer being discounted in global equity prices, U.S. ones in particular."