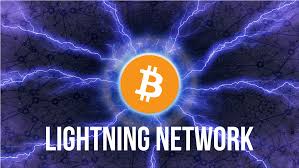 According to him, users will keep a huge volume of their funds in the Lightning network at all times and the funds that are not on the network will only be the ones which are stored in the cold wallets. The splicing functionality comes into the picture with respect to the propagation of Bitcoin transactions between on-chain and off-chain. Antonopoulos stated,

"… splicing allows you to do is blend the open channel, close channel and on-chain Bitcoin outputs into a single transaction."

He further elucidated that splicing encompasses completion of all operations – opening, closing and re-balancing of funds on the on-chain wallet. The process enables a network user to send Bitcoin in the Lightning channel, channeling out Bitcoin to the Bitcoin blockchain and executing the open and close of the channel simultaneously in a single transaction.

When asked if this was a way to piggyback on existing traffic with a view that the transaction will be executed periodically by the users, Antonopoulos said,

"It [the wallet] decides, depending on who you want to pay and whether they can be reached on-chain or off-chain to construct your transaction and piggyback as many open and closed channels as it needs to do."

Further, the author of Mastering Bitcoin also spoke about the function of CoinJoin, stating that it was effective for both obfuscation and privacy in the Lightning network. However, he emphasized that CoinJoin substantially reduces fees by 'batching,' re-balancing and all the other operations on the channel. He stated,