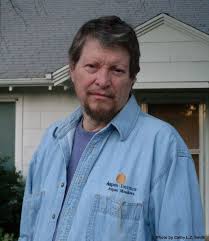 It's the left's fondest wet-dream, unfulfilled before now: a right-wing would-be domestic terrorist—a "white nationalist" and a Coast Guard lieutenant, to boot, if the lying mass media are to be believed—with a hit-list of protocommunist politicians and a formidable and terrifying "arsenal" to carry it out.

However. "If it seems too good to be true, it probably is," may not be one of Leroy Jethro Gibbs' life-preserving rules (other examples: Gibbs' Rule #40: "If it seems like someone's out to get you, they are."; Gibbs' Rule #36: "If it feels like you're being played, you probably are."), but it damn well should be.

It turns out that the man's "arsenal" is only formidable and terrifying to the wet-panties buttons-'n'-bows crowd back east and on the left coast who know better about everything than you do, and want to run your life. To anybody else—to anybody who lives west of the Mississippi or south of the Mason-Dixon Line—it represents a small-to-moderate personal gun collection of fifteen pieces. My daughter laughed when she heard the actual number. They're also reporting breathlessly that he had a thousand rounds of ammunition. That's sixty-six cartridges per gun, just about enough for a sunny afternoon at the range, shooting just for fun.

Another thought: working your way up to the rank of full lieutenant in the Coast Guard (the equivalent of an Army or Air Force captain, but with fewer chances for promotion) represents a modest but respectable career—my own dad was only a major when he retired—and I'm not sure I believe a guy like this would throw away his life unless he had a tumor in his skull the size of a bowling ball. Once again, the socialists who think they own us have overreached absurdly. They say the guy was also in the Army—and the Marines. Yeah, right.

Historically, such "terrorists"—like the one who shot Gabby Giffords, just to name one example—have turned out to be leftists, or actors, pretending to be terrorists. The jury, figuratively speaking, is still out on the Las Vegas shooter. As Sir Arthur Conan Doyle put it so articulately, the police are baffled.

US Total Death Impact Of "COVID-19" With Its Lockdown

Wake Up: The War is Now Here in America!