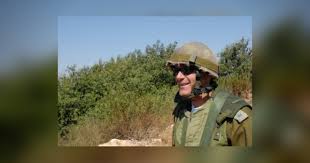 I've been reading Amos Oz's books since his death, and one of the feelings he leaves me with is: Self-contempt. Many of Oz's characters look on American Jews with disdain. "To be without power is, in my eyes, both a sin and a catastrophe. It's the sin of exile, and Diaspora," says one. Another says that Diaspora Jews "shalt fear day and night, and shalt have none assurance of… life."

The message is clear. Jews in the west are half-made because they never had to fight. They haven't served in the Israeli army, at the front line of reborn Jewish sovereignty. But those exiled Jews derive pride and strength from the armed Jewish nation; Israel has given them international prestige. Because once Jews went like sheep to slaughter, we formed lines to get on the cattle cars. Now we are a proud nation.

But those exiled Jews have no skin in the game. They are living comfortable idle existences. Getting up like me this morning and going to my desk.

This is the core truth of the Israel lobby. The American Jews feel guilty that they are not on the front lines. They are lesser; the Hebrew language even describes Jews who leave Israel as such: yordim, lower. So they must do everything they can for the higher, fighting Jews of Israel. Raise money for Israel, buy off politicians, make sure that the U.S. government sticks by Israel through thick and thin and every massacre too.

It's no wonder the first thing anyone tells you about the Israel lobby group J Street is that its executive director Jeremy Ben-Ami's late father fought with the Irgun, the militia that committed terrorist acts to end British control of Palestine. Jeremy Ben-Ami is Zionist royalty.

And Tzipi Livni a supposed Israeli liberal got the main stage at J Street to lie about Israeli soldiers' accountability for war crimes, and all the older Americans murmur to one another with reverence, Her parents were in the Irgun. Tzipi Livni is Zionist royalty.

It's been this way for a long time. American Jews may be peaceniks here but they can't criticize Israel beyond the mild demurral.

Back in 1967, Lyndon Johnson said that rabbis who were lobbying him to move the Sixth Fleet to the Gulf of Aqaba for Israel wouldn't give him a screwdriver to send to Vietnam. The poet Robert Lowell saw his New York intellectual friends making the same somersault: "We had a great wave of New York Jewish nationalism, all the doves turning into hawks."