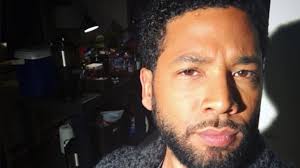 Chicago police raided the home of two "persons of interest" Wednesday night, a relative of those men says.

Police took bleach, shoes, electronics, receipts and other items from the home.

The men, who are both of Nigerian descent, have appeared as extras on the show and their attorney, Gloria Schmidt, says they do both know Smollett.

"They do know Jussie," she said. "They have worked with him on Empire. My preliminary investigations show that on set it's very tight. They're all very cordial with each other, so they're baffled why they are people of interest."

The relative who was home Wednesday night says she heard a loud banging at the door, and that door came crashing down. She says a flood of officers were there saying they had a search warrant.