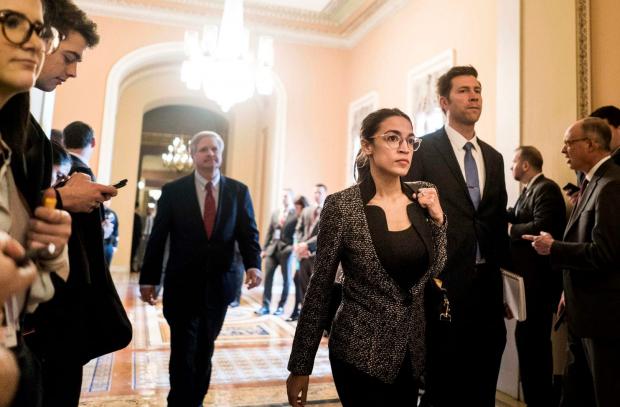 The other was raised by a single mother in trailer parks and public housing in eastern Tennessee, becoming an avowed foe of the ultrawealthy whose Twitter handle reads: "Every Billionaire Is A Policy Failure."

The two have landed the two policy jobs with first-term Rep. Alexandria Ocasio-Cortez (D-N.Y.), who received about 5,500 job applications for her office — a record, according to experts.

Ariel Eckblad, 31, the congresswoman's legislative director; and Dan Riffle, 37, a legislative assistant, will help steer Ocasio-Cortez as one of the most high-profile members of Congress.

They will help shape how Ocasio-Cortez works as an activist hoping to refashion the Democratic Party, while she also tries to serve as a more typical member building coalitions and moving legislation.

Ocasio-Cortez's team made its first high-profile mistake late last week, as staffers accidentally released and then retracted a fact sheet about the Green New Deal that had won the support of most of the party's 2020 presidential candidates and more than 60 House Democrats.