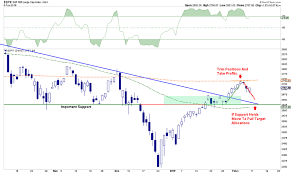 "We said then the most likely target for the rally was the 200-dma. It was essentially the level at which the 'irresistible force would meet the immovable object.'"

"What will be critically important now is for the markets to retest and hold support at the Oct-Nov lows which will coincide with the 50-dma. A failure of that level will likely see a retest of the 2018 lows."

"A retest of those lows, by the way, is not an "outside chance." It is actually a fairly high possibility.  A look back at the 2015-2016 correction makes the case for that fairly clearly."

But even if a retest of lows doesn't happen, you should be aware that sharp market rallies are not uncommon, but almost always have a subsequent retracement."

Importantly, as I expanded to our RIA PRO subscribers:

"We are likely going to have another couple of attempts next week as the bulls aren't ready to give up the chase just yet. We are continuing to watch the risk carefully and have been working on repositioning portfolios over the last couple of weeks.