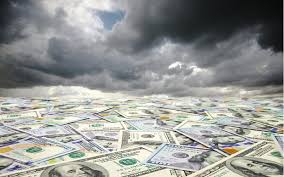 People who've never heard the term "chartalism" are speaking — and acting — as if a new and groundbreaking discovery has been made; "a new kind of science" in the realm of economics, situated neatly upon the doorsill of a new decade. It's perplexing to see a theory which holds that governments can't really go broke because they can always create more currency capture imaginations, if still largely on the periphery of discourse.

For years, Austrian School perspectives have been taken to task for failing to "predict" (which, in fact, they have and continue to). Yet MMT not only doesn't predict anything; it fails to explain the state of nature better than existing, prevailing models. Social science, like its physical counterpart, advances by virtue of two key determinants: phenomenological explanations which are demonstrably superior to existing ones, and funerals. Even neoclassical economists, regularly critical of Austrian, monetarist and other views, hold that — as has been demonstrated in every era, within every culture, and upon every continent — bad monetary and/or fiscal policies ultimately result in economic breakdown and destitution.

Whether the rapid decline and ultimate disappearance of the individual propensity to hold a fiat currency are purely monetary, entirely psychological, or a combination of the two, the circumstances leading to it reappears consistently throughout history. Every one of the scores of known cases of hyperinflation dating back over 700 years bears witness to a reckless, breakneck campaign of money creation preceding it.