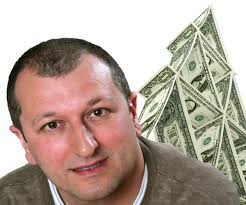 Eariler this week, when the San Fran Fed published a paper that suggested that the recovery would have been stronger if only the Fed had cut rates to negative, we proposed that this is nothing more than a trial balloon for the next recession/depression, one in which the Federal Reserve will seek affirmative "empirical evidence" that greenlights this unprecedented NIRPy step (in addition to QE of course).

Today, in his latest note to clients after returning from a 2 week vacation in Jamaica, SocGen's Albert Edwards picks up on this point and cranks it up to 11 writing that "as central banks thrash around for new tools, I have long thought the next recession would trigger the adoption of helicopter money and deeply negative Fed Funds. Clients have been sceptical of the latter because of the negative impact on bank margins, but now I am more convinced than ever that we will see negative Fed Funds."

Predictably, Edwards takes aim at the SF Fed "analysis", writing that "just because the San Fran Fed has published this paper doesn't mean the Washington Fed will adopt the policy in the next recession, but with this economic cycle clearly now in its final act, one can sense that a number of trial balloons are being floated on what the Fed might do in the next recession. This is just one of them."