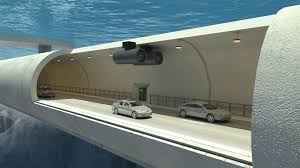 The tunnel would sit about 100 feet below the surface of a fjord.

Highway E39 in Norway is one of the most beautiful drives in the world, hugging the country's rugged west coast from Kristiansand to Trondheim.

It is 684 miles of unending scenery, including rivers and lakes, waterfalls and mountains and numerous fjords.

But if you look carefully at a road map, E39 is something of a dotted line. Each of the breaks occurs at seven fjords -- where drivers must put their cars on a ferry to get across.

But the government of Norway has a plan.

"Ferry-free E39" would cut the driving time almost in half with a series of bridges and tunnels across the fjords. 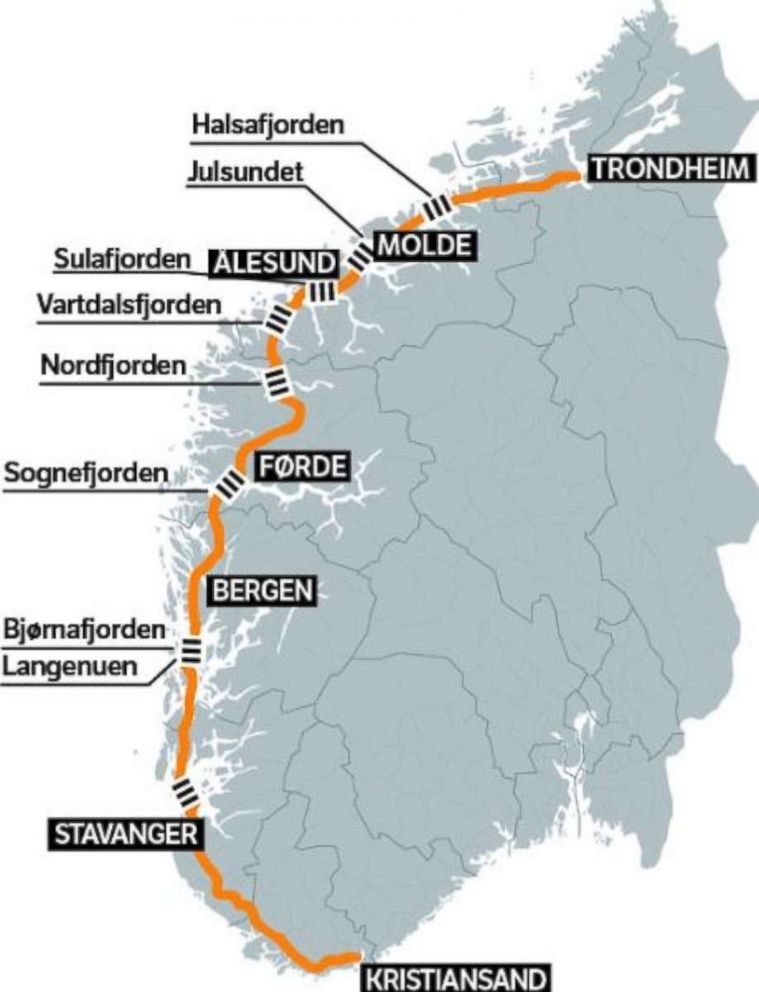 (The Norwegian Public Roads Administration)  A map shows the fjords along the west coast of Norway and the route of E39.

One planned tunnel will set a world record for a rock tunnel -- drilled under the seabed of a fjord. It will be 1,286 feet deep and 17 miles long.

If that sounds like a long stretch in the nowhere-land of a tunnel, the Norwegians are planning to make the tunnel's lighting as easy on the eyes as possible.

"Route E39 is a key route for Norway," said Kjersti Kvalheim Dunham, a project manager overseeing the revamping of the E39 route. "Improved transport will improve welfare for the local population, open up to more exports and increase tourism."

In fact, she said, "the tunnels may become attractions," like a "new Eiffel Tower on and under the water.