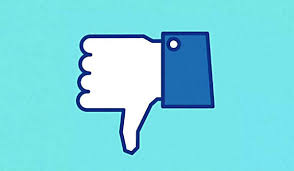 In a report published Thursday by PlainSite, an independent research shop led by Aaron Greenspan, analysts calculated that Facebook CEO Mark Zuckerberg has been regularly lying to investors and the public about the company's user metrics, and that the company could be overestimating the number of users by as much as 50%.

The team detailed their findings in a 70-page report published on their website.

Facebook has been lying to the public about the scale of its problem with fake accounts, which likely exceed 50% of its network. Its official metrics—many of which it has stopped reporting quarterly—are self-contradictory and even farcical. The company has lost control of its own product.

Ultimately, this is just the latest sign that Facebook - formerly one of the world's most successful companies - is doomed to go the way of CompuServe and AOL.

PlainSite is a project launched by the Think Computer Corporation and Think Computer Foundation which aims to make "data accessible to the public free of charge" and "lets ordinary citizens impact the law- making process," according to Bloomberg. Aaron Greenspan recently told his story about how he fit into the history of Facebook's founding at Harvard on a podcast.