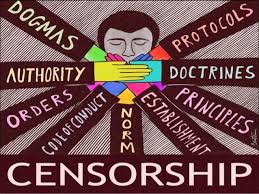 Paying customers may be the next targets for social media "deplatforming."

Silicon Valley's efforts to pull the plug on dissenting opinions began with Twitter, Facebook, and YouTube, who have proven to be innovators in devising excuses to suspend ideologically disfavored accounts. Until now, the deleted or suspended accounts have mostly been unpaid users of social media—libertarian law professor Glenn Reynolds, actor James Woods, radio talk show host Jesse Kelly, Infowars provocateur Alex Jones. But paying customers may be the next targets for social media "deplatforming."

At a company-wide meeting in November, Amazon executives tried to fend off a revolt by employees upset about the company's decision to sell its facial recognition technology to U.S. police agencies and Immigration and Customs Enforcement (ICE). Some Amazon workers also objected to Palantir, an analytics firm that relies on government contracts, being allowed to purchase Amazon cloud services.

This effort to deplatform paying customers has spread throughout the tech industry: Some 100 Microsoft employees signed an open letter complaining that, by providing email and calendar services, their company was "complicit" in ICE's border enforcement policies. Salesforce and Google employees have staged similar protests.

With the exception of Google suspending a Department of Defense contract, tech execs have thus far proven hesitant to turn away governmental and corporate customers willing to write checks totaling hundreds of millions of dollars, if not more. Workers have responded by accusing management of ignoring their complaints. "I don't think Amazon leadership addressed the concerns brought up in the question," an anonymous Amazon employee told BuzzFeed News after the company's November meeting. "There is no way [for us] to hold leadership responsible."

The first problem with this strategy is that deplatforming won't solve the issues tech workers are upset about. Civil libertarians have no love for ICE or the surveillance state, but facial recognition technology is likely here to stay. If Amazon won't sell it to law enforcement, someone else will. Haranguing any one company in hopes that it won't provide services that are perfectly legal only delays the inevitable, without addressing the fact that we need more oversight over how law enforcement agencies use surveillance technology.

There's another problem with deplatforming, which is that it's open-ended. If ICE can be denied contracts with tech companies, why not the Republican Party, which proclaims in its 2018 platform, "We support building a wall along our southern border"? Or the Libertarian Party, which holds views that differ from progressive shibboleths on the environment, education, Social Security, collective bargaining, and private employers' rights to hire and fire whoever they want, including members of protected classes?

The next deplatforming candidate could be groups advocating gun rights or religious freedom: Why should they have the privilege of purchasing services from Google Cloud, Microsoft OneDrive, or Amazon, especially when their views appear to be repugnant to so many people who work at those companies?