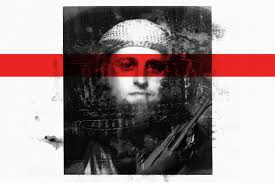 A two-year investigation identifies one of the very few Americans in the Islamic State's upper ranks—and sheds light on the dynamics of radicalization.

First there's the defunct Twitter profile, which at one point engaged in a conversation with a State Department counter-propaganda account about the Islamic State. Then there's the fact that he used the social-networking site Paltalk, a communications platform reportedly popular among Western jihadis. But none of it compares to the ISIS propaganda video that, according to multiple law-enforcement officials, shows Hoxha beheading captured Kurdish soldiers. If they are right about his identity, Hoxha is the first American Islamic State member known to be beheading individuals in such a video.

Hoxha is now known to have become a senior commander of Islamic State and one of the faces of the group's recruitment efforts, according to federal court records. Hoxha left the United States on April 6, 2015. Four days later, he was in an Islamic State training camp. Within just six months, according to multiple law-enforcement officials, he was featured in that gruesome video.