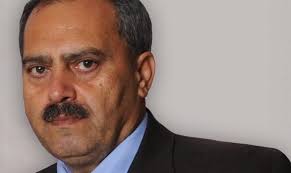 The older man, Majid Ghorbani, worked at a Persian restaurant in Santa Ana. At 59, he wore a thick gray mustache and the weary expression of a man who had served up countless plates of rice and kebab.

The younger man, Ahmadreza Mohammadi Doostdar, was a Long Beach native who held U.S. and Iranian citizenship. Round-faced and bespectacled, the 38-year-old answered to the Farsi nickname "Topol," or "Chubby."

Yet even as the men sipped coffee at a Costa Mesa Starbucks, chatted outside an Irvine market, or made trips to Macy's at South Coast Plaza, they were trailed by federal agents.

Despite the men's disarming appearance, U.S. authorities allege that they were operating in Orange County as agents of the Islamic Republic of Iran — an accusation that has alarmed many in the local Persian community because it suggests that tensions between the U.S. and Iran have spilled over into Southern California.

The men's goal, authorities say, was to conduct surveillance on Israeli and Jewish facilities in the U.S., and to collect information on members of the Mujahedin Khalq ––the MEK –– an Iranian exile group that has long sought to topple the regime in Tehran and has newfound support among members of the Trump administration.

From the summer of 2017 to the spring of 2018, authorities say, the men crisscrossed Orange County and the U.S., making videos of participants at MEK rallies in New York and Washington, D.C., and photographing Jewish centers in Chicago.

During that time, the men also flew back and forth between Iran and Los Angeles International Airport, and appeared to be assembling "target packages" — dossiers that would "enable an intelligence or military unit to find, fix, track and neutralize a threat," according to documents filed in Washington federal court.

In at least one instance, the men were recorded by an FBI listening device as Ghorbani briefed Doostdar on a New York MEK event in September 2017, according to court documents.