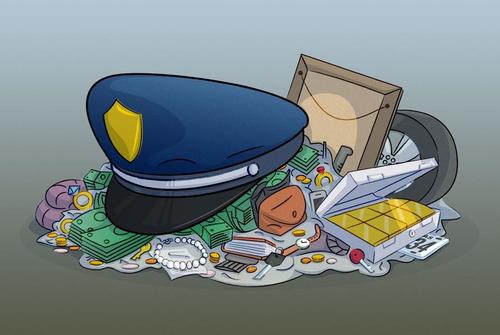 In February 2016, prosecutors in Houston filed a lawsuit against a truck: State of Texas vs. One 2003 Chevrolet Silverado.

Houston police had seized the vehicle after surveilling its driver, Macario Hernandez, and pulling him over after he left his house. They took the truck to court, hoping to keep it or sell it at auction to fund their operations, claiming the vehicle was known to be involved in the drug trade.

But the truck's owner, Oralia Rodriguez, was never charged with a crime. She wasn't at the scene when officers pulled over Hernandez, her son, and found 13.5 grams of marijuana in his pocket. In fact, Rodriguez said she had recently loaned him the car so he could drive his pregnant girlfriend to the doctor. The girlfriend was having difficulty with her pregnancy and was at risk of losing the baby, Rodriguez said. She was desperate not to lose her truck, which had recently had new tires installed among other repairs, which she was still working to pay off.