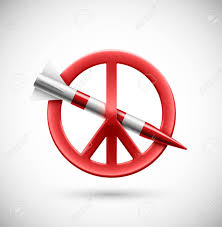 Make no mistake, the mainstream left and state serving-media voices are trying to gaslight an entire generation into believing any candidate that wants peace with Russia may be a foreign conspirator worthy of prison, shame, and family persecution.

Former congressman Ron Paul, as a peace presidential candidate, did not regurgitate war propaganda against Russia either. Neither did Senator Rand Paul when he ran. What Paul hotel do you see in Moscow? Yet for future generations, many in the media want to ensure no such candidate ever runs again without baked-in misgivings of treason and criminality.

No serious observer of recent events can honestly believe the mono-narrative the old media, including "hard news" outfits, has tried to curate about the 2016 election. However, the aim of the last two years of conspiratorial hysteria has been to sear into the minds of low information voters suspicion of any successful political figure who even half challenges the conventional wisdom that America must perpetually spend hundreds of billions on NATO, collect citizens' private conversations, sanction Russian citizens, and intervene in Russia's local border disputes.

This is nothing new. When Martin Luther King Jr. used his national spotlight to challenge the moral authority of the Vietnam War, he was denounced as a subversive agent of enemy foreign powers.

What voters need to understand is that those who challenge bipartisan orthodox foreign policy are the leaders most likely to keep them safe from foreign authoritarians. Free trade and travel with Russia would do more to undermine internal Russian tolerance for Putin's corruption than any bellicose grandstanding and arms build up ever could. In fact, Putin's administration's domestic popularity was at an all-time low prior to the Obama administration's 2013-2014 involvement in the Ukrainian civil conflict. Like clockwork, with economically damaging sanctions and foreign missiles accumulating along their border, the Russian public has begrudgingly fallen back into the arms of the local devil they know.

Conservatives and liberals informed by military wisdom must remind the public the lessons of history when we abandon a policy of strategic independence on the world stage. Sanctions and debt-financed bloated budgets are the best gifts we can give to corrupt foreign regimes. They saddle our economies with capital-destroying debt and malinvestment, and they repel otherwise sympathetic populations by ruining their lives over Machiavellian nihilistic turf wars with their rulers.

How would we feel if China placed missiles all along the Mexican and Canadian border? How would we feel if their state department and intelligence agencies helped install a rabidly anti-American leader in Canada and armed them to the teeth? One would think that with all the cultural leftist and media preening about social mindfulness of others, the nightly news narratives about Russia and other foreign bogeymen would illustrate this context for viewers. But alas, DC interventionist interests and their career bureaucratic allies prove too intoxicating for power-struck press fawners.

In 2017, the US reported military budget was 610 billion dollars. This was before Trump's 700 billion defense bill in 2018. In contrast, Russia spends roughly 66 billion a year on defense. No matter what TV talking heads say, it is never a winning strategy to spend over ten times an adversary to remain safe. One of these country's citizens is getting a better return for every dollar taken from the productive sector. It is not you.