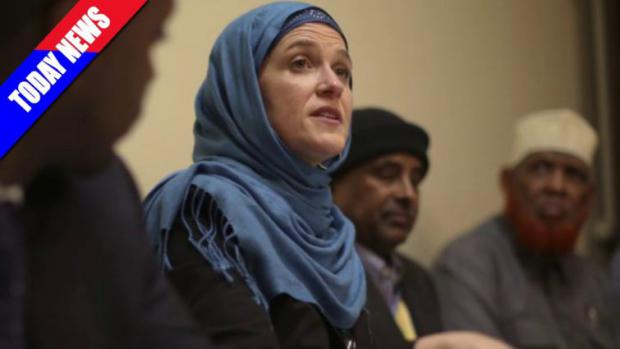 The city of Minneapolis has set up a hotline for residents to report citizens who criticize Islam, in order to prosecute them for "hate crimes", according to statements on the city's website.

The city, run by Democrat Mayor Besty Hodges, a non-Muslim who regularly wears a hijab in public, will operate the "service" through its 3-1-1 helpline, and claims it is targeting any "harassing behaviors motivated by prejudice", according to a press release.

According to the local newspaper, the Star-Tribune, "the announcement comes amid signs of a recent surge of such incidents affecting Muslims and Jews across the country, many of which go unreported."

The city's Department of Civil Rights clearly states on its website that it only enforces hate crimes against certain "protected classes." Muslim imams, as members of the "protected class," can preach the destruction of America from a Minneapolis mosque, and they will not be prosecuted.

A city official also admitted the creation of the sharia hotline was the election of President Trump and that the targets are his supporters.

"Since the general election, many of us have experienced, witnessed firsthand or heard of actions of: racism, xenophobia, sexism and bigotry directed at people here and in cities across the United States," Minneapolis Department of Civil Rights Director Velma Korbel wrote in a statement posted on the city's website. "In no uncertain terms, hate-motivated speech and actions have no place in Minneapolis nor will they be tolerated."

Korbel said the city's tough stance on "hate" is reflected in the views of its mayor, Betsy Hodges. Korbel states on the city website:

This department echoes Minneapolis mayor, Betsy Hodges' resolve and commitment when she stated: "I will not compromise the public safety of the people of Minneapolis to satisfy Trump's desire to put politics before public safety. Minneapolis is being built and strengthened by people from all over the world and I am grateful for their commitment to our city. I stand with them today and will continue to take that stand as the President-elect prepares to take office."

Escape from Minneapolis and Seattle