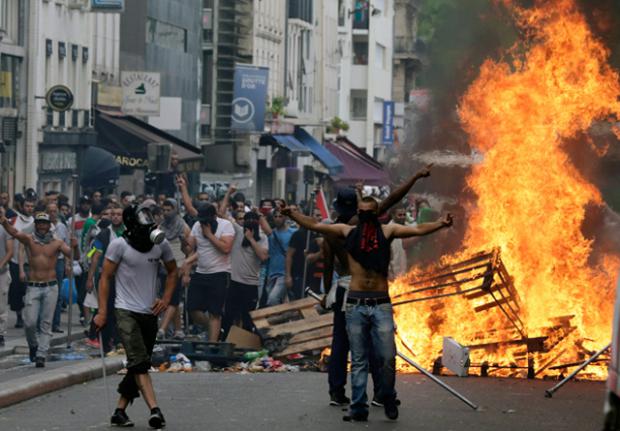 Thanks to the situation that is deteriorating everywhere, I think we gonna be witnessing more and more events like the latest rioting in France. I think it is just the beginning.

For this article, it is not really important what was the reason of riots there. The point is that riots like that gonna probably happen "in your town" too eventually.

Without getting too deep into political and economical or any other reason why it might happen to you, two reasons can be pointed out.

The internet as a resource for independent news and opinions is a great thing, but also it may work in a different opposite way. It happens like this all the time so one fake news that is carefully packaged and spun can cause an illogical situation where you have full grown people getting together and involving themselves into something that is actually riot.

So as an end result you are out, together with people who are kicking a police officer or storming the local mall for big screen TVs because you were fueled and raged by something that you read or saw on the internet, something that might be completely false.

So always think, who actually has a use for that big group of people who are rioting outside, stealing and trashing things?

Do you personally have a use for that?

Hopefully, you did not go outside because of TVs or similar.

Usually there is always somebody hidden behind that rioting, and usually, he (or they) are not with you outside, they are safe, spinning things and getting people to act this way.

Forging with ALEC STEELE: Hammer Technique, How To Forge for the First Time

Drying Meat Without a Dehydrator

When It Comes to Generators, Bigger Is NOT Always Better

Food Vulnerability Is Showing Up In Multiple "Blue" States