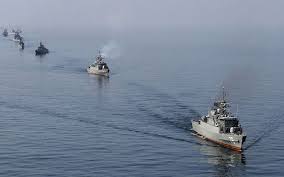 In a ceremony carried live on state television, the Sahand destroyer — which can sustain voyages lasting five months without resupply — joined Iran's regular navy at a base in Bandar Abbas on the Gulf.

U.S. President Donald Trump pulled out of an international agreement on Iran's nuclear program in May and reimposed sanctions on Tehran. He said the deal was flawed because it did not include curbs on Iran's development of ballistic missiles or its support for proxies in Syria, Yemen, Lebanon and Iraq.

The United States has said its goal is to reduce Iran's oil exports to zero. Senior Iranian officials have said that if Iran is not allowed to export then no other countries will be allowed to export oil through the Strait of Hormuz at the mouth of the Gulf.