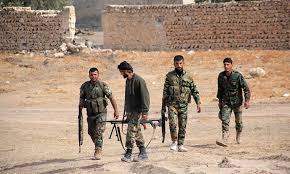 That's because the U.S. extends its sanctions system to banks that process payments to Iran, which is likely to inhibit the importation of medicines into Iran.

But that's the point behind the sanctions: to kill as many Iranians as possible in the hope that they will rise up in a violent revolution, oust Iran's anti-U.S. regime from power, and install another pro-U.S. regime, like that of the Shah of Iran, who the CIA installed into power in its 1953 coup that destroyed Iran's experiment with democracy.

Never mind that the Iranians, who live in a country that has strict gun control, lack the means to violently overthrow their government. And never mind that hundreds of thousands of Iranians would likely die in such a revolution, just like what has happened in the U.S.-supported revolution in Syria.

Those deaths wouldn't matter to U.S. officials. They would be considered "worth it," especially if they brought a pro-U.S. regime into power in Iran.

Recall that those were the words that U.S. Ambassador to the United Nations used back in 1996, when the U.S. government was enforcing sanctions against Iraq.

The Iraq sanctions had already killed hundreds of thousands of Iraqi children. The idea was that if Iraqi parents became sufficiently upset with their children dying, they would oust their dictator, Saddam Hussein, from power and replace him with a pro-U.S. dictator.