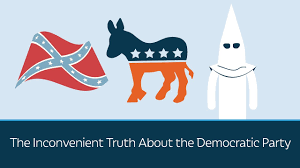 We have paramilitary forces just south of our border prepared to attack. We have reports of Russian tanks in the Mexican jungles. We have nonstop waves of interlopers pretending to be immigrants crossing our border at the rate of 20,000 per day. And at the heart of it all, is the Democratic Party.  This article is not about politics, it is about treason, treason that originates from the Democratic Party.

In April of 2015, highly respected Judicial Watch published a brilliant piece of investigative journalism which should have set off alarm bells all across America. However, the Obama administration was still in charge and nothing was done to act upon the accurate content of this report. Judicial Watch discovered that ISIS was maintaining a joint base camp with various drug cartels and it was located only a few miles from the US-Mexico border and only 8 miles from the city of El Paso, TX. Judicial Watch also uncovered a list of domestic terror targets that these nefarious sources had published as intended targets. Here are some excerpts, From Judicial Watch's original 2015 report on this grave threat to the national security of the United States.

ISIS is operating a camp just a few miles from El Paso, Texas, according to Judicial Watch sources that include a Mexican Army field grade officer and a Mexican Federal Police Inspector.

The exact location where the terrorist group has established its base is around eight miles from the U.S. border in an area known as "Anapra" situated just west of Ciudad Juárez in the Mexican state of Chihuahua. Another ISIS cell to the west of Ciudad Juárez, in Puerto Palomas, targets the New Mexico towns of Columbus and Deming for easy access to the United States, the same knowledgeable sources confirm.

During the course of a joint operation last week, Mexican Army and federal law enforcement officials discovered documents in Arabic and Urdu, as well as "plans" of Fort Bliss – the sprawling military installation that houses the US Army's 1st Armored Division. Muslim prayer rugs were recovered with the documents during the operation…

…"coyotes" engaged in human smuggling – and working for Juárez Cartel – help move ISIS terrorists through the desert and across the border between Santa Teresa and Sunland Park, New Mexico. To the east of El Paso and Ciudad Juárez, cartel-backed "coyotes" are also smuggling ISIS terrorists through the porous border between Acala and Fort Hancock, Texas. These specific areas were targeted for exploitation by ISIS because of their understaffed municipal and county police forces, and the relative safe-havens the areas provide for the unchecked large-scale drug smuggling that was already ongoing.

Mexican intelligence sources report that ISIS intends to exploit the railways and airport facilities in the vicinity of Santa Teresa, NM (a US port-of-entry). The sources also say that ISIS has "spotters" located in the East Potrillo Mountains of New Mexico (largely managed by the Bureau of Land Management) to assist with terrorist border crossing operations. ISIS is conducting reconnaissance of regional universities; the White Sands Missile Range; government facilities in Alamogordo, NM; Ft. Bliss; and the electrical power facilities near Anapra and Chaparral, NM.

Also, as a footnote of interest, a communication with a high-ranking Texas Ranger confirmed the strategy of local and regional attacks inside the United States.

And it has been long-established that ISIS got their start from the efforts of Hillary Clinton and John McCain. Use the search engine of this website to confirm this claim.