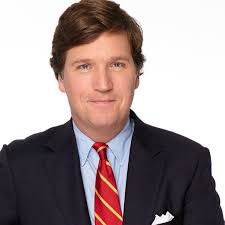 Last week when he was still at the Fox News studios in Washington, D.C., preparing for his nightly program, Tucker Carlson began getting frantic text messages on his cellphone.

It seemed that something was 'terribly wrong' at his home: A group of people were gathering there and shouting obscenities and other things as his wife and children retreated in fear inside the house.

It turns out that the group of people were more Antifa thugs and had gathered at the conservative host's place of residence to violently intimidate him and his family simply because he has a political perspective that differs from theirs.

It's important to point out that these thugs did not show up at Carlson's home to "protest." During their initial 'assault,' some Antifa terrorists banged and beat on his front door so hard that it cracked, as others spoke openly of bringing a "pipe bomb" the next time they came.

He went on to say that his wife believed she was about to be victimized by home invaders, so she locked herself in the pantry and called 911. Tucker and his wife have four kids, but fortunately none of them were home at the time, the Post said.

The paper then reported:

But it wasn't a home invasion. It was a protest.

Um, no. It wasn't a "protest." It was domestic terrorism, which is defined as "the use of violence and intimidation in the pursuit of political aims," according to a definition posted by Information Liberation.

In addition to terrorizing his wife, the Antifa thugs also posted his address online — they "doxxed" him — along with fellow Fox News host Sean Hannity, conservative pundit Ann Coulter, and The Daily Caller's Neil Patel, demanding they change their political views.

Like we said, terrorism. (Related: Fake news media blaming Trump's "violent rhetoric" for phony "bombs" though it is Dems who have actually called for violence.)

The group taking credit for the incident is "Smash Racism DC," which accused Carlson of spreading "fear into our homes" every night (well, every weeknight anyway, since he doesn't do a show on the weekends). The group is particularly upset that he dares to speak the truth about the 'migrant caravans' heading to the U.S. — namely that they are not free of the criminal element and that they have no right to demand entry into this country.