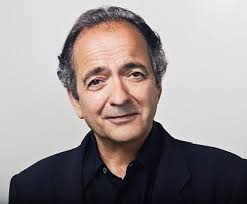 Counting up the votes in a midterm election turnout that hit a 50-year high in the United States, all major party candidates running for the House and Senate championed America's military/industrial/intelligence defense complex and its ballooning budget.

Throughout the election cycle, not one Republican or Democratic candidate presented a campaign platform to end America's longest, losing Afghan War, nor to end its other illegal and unconstitutional foreign engagements in the Middle East and Africa that's killing people, destroying nations and intensifying the hatred against We the People.

Indeed, not only was "Peace" a dirty word on the 2018 campaign trail, eight House seats that went to Democratic candidates were won by former members of the military/national security complex… veterans, Central Intelligence Agency and State Department officials. And even the gubernatorial race in solidly Republican Kansas was won by a Democrat who touted her family's strong military credentials.

Imagine, trillions spent and millions killed in illegal, immoral wars with no end in sight – launched on platforms based on lies from Washington and promoted by the media – and it was NEVER a campaign issue in the 2018 midterm elections.

And now, with a new line up of pro-war politicians in office, Americans can expect an even more aggressive foreign policy agenda against China, Russia, Syria, Iran, and other nations under the lies and guise of winning the War on Terror, national security, making the world safe for democracy and regime change in countries whose leaders are cruel to their citizens.

In fact, on Wednesday, the day after the Midterm Elections, when the S&P 500 and Dow notched up their biggest post-midterm elections gains since 1982, CNBC noted:

"Defense stocks are also among the expected winners from a divided Congress as it is one of the areas Democrats and Trump may find common ground. Democrats agreed to a Defense Department budget increase for fiscal year 2019."

Ah, those wonderful defense stock companies that General Dwight D. Eisenhower, Five Star General, Supreme Commander of the Allied Forces in World War II and two-term President of the United States warned the American people would take over the nation in his farewell address in 20 January 1961:

"Until the latest of our world conflicts, the United States had no armaments industry. American makers of plowshares could, with time and as required, make swords as well. But we can no longer risk emergency improvisation of national defense. We have been compelled to create a permanent armaments industry of vast proportions. Added to this, three and a half million men and women are directly engaged in the defense establishment. We annually spend on military security alone more than the net income of all United States corporations."

Now this conjunction of an immense military establishment and a large arms industry is new in the American experience. The total influence—economic, political, even spiritual—is felt in every city, every Statehouse, every office of the Federal government. We recognize the imperative need for this development. Yet, we must not fail to comprehend its grave implications. Our toil, resources, and livelihood are all involved. So is the very structure of our society.