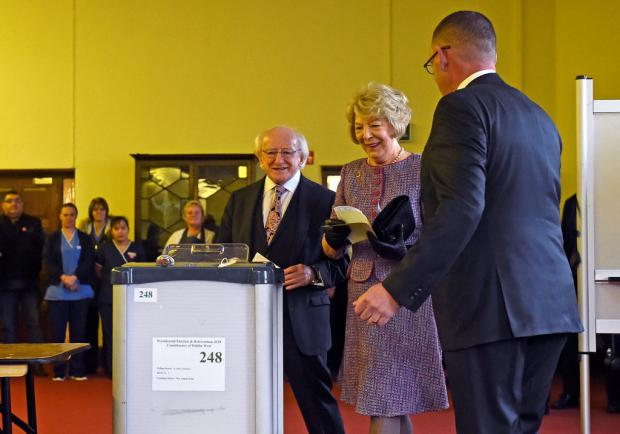 Mr. Higgins won easily, with about 56 percent of the vote, despite a late surge by a former reality show celebrity whose support soared after he criticized an ethnic minority group. In a separate ballot, about 65 percent of voters, or 951,650 people, chose to abolish a constitutional ban on blasphemy.

The vote was more symbolic than practical: No one has ever been prosecuted for blasphemy in modern Ireland, and in practice the ban had never led to a prosecution.

But rights groups said that the existence of the ban was used by repressive governments to argue in support of their own restrictions.

Irish voters chose to remove the word "blasphemous" from the law that states "the publication or utterance of blasphemous, seditious, or indecent matter is an offense which shall be punishable in accordance with law."

In the lead-up to the vote, the Catholic Church said that the Irish constitutional clause was "largely obsolete."