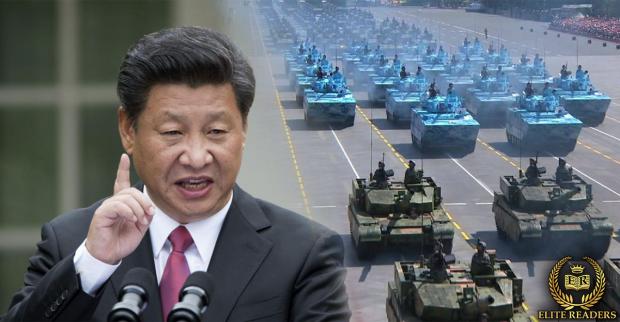 The Southern Theatre Command has had to bear a "heavy military responsibility" in recent years, state broadcaster CCTV quoted Xi as saying during an inspection tour made on Thursday as part of his visit to Guangdong province.

"It's necessary to strengthen the mission … and concentrate preparations for fighting a war," Xi said. "We need to take all complex situations into consideration and make emergency plans accordingly. "We have to step up combat readiness exercises, joint exercises and confrontational exercises to enhance servicemen's capabilities and preparation for war" the president-for-life added.

According to the South China Morning Post, Xi's visit to the military command was one of several he made during a four-day trip to the south China province aimed at bolstering confidence amid an economic slowdown, and growing trade and strategic disputes with the United States.

Xinhua reports President Xi "stressed the need to focus on combat research and commanding, to advance work in all areas and accelerate developing strong and efficient joint-operation commanding institutions for theatre commands to comprehensively boost the military's battle-winning ability."

The president instructed the military to ramp-up opposition to 'freedom of navigation' exercises being undertaken by the US, Australia, France, the UK, Japan and others through the waterway through which arterial shipping lanes have grown since the end of World War II.

"He ordered the troop to keep a close watch for changes in the situations and to strengthen analysis to firmly protect border stability and safety of the people's life and property," Xinhua reported Xi as saying.

"After hearing a report on their work, he underlined the importance of preparing for war and combat, while taking consideration of various complex situations, improving response plans and focusing on real-combat training."

Xi's words represent a significant ramp-up in the rhetoric between Beijing and Washington. China has been angered by US sanctions on its military for buying weapons from Russia, and by what Beijing sees as renewed Washington support for democratic Taiwan. Earlier this month, US Vice-President Mike Pence took the tensions between Washington and Beijing to a new level: "Using that stolen technology, the Chinese Communist Party is turning ploughshares into swords on a massive scale," he said.