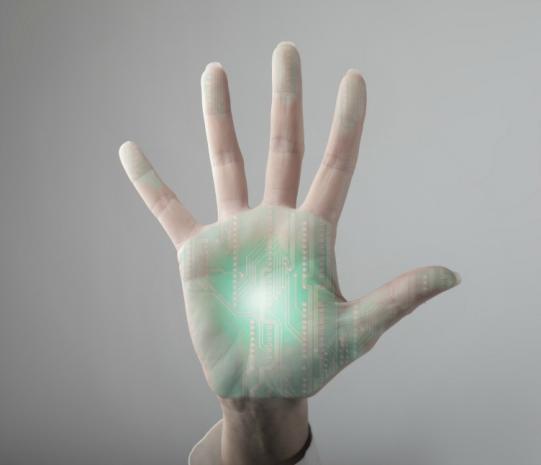 It's predicted that one day, just about everyone will be microchipped, and judging by the current experiments, it's only a matter of time before the rest of the world is happily lining up to be chipped like dogs. While this story is about people in Sweden, can the rest of the world really be that far behind?

In an article published in the Daily Mail, lacking shock or warnings of growing technological fascism, we see the revelation that thousands of Swedish people are now voluntarily being implanted with microchips that contain information regarding their identity. More than 4,000 Swedish citizens are "taking the chip," demonstrating that, although it is not a mass movement, the coverage from mainstream media will ensure that it soon will be.

The microchip "bypasses the need for cash, tickets, access cards, and even social media," according to the Daily Mail.

BioHax International, started in 2013 by Jowan Osterlund, a former professional body piercer, is now the market leader in the industry of civilian microchipping. But it's not just BioHax that is involved in promoting the technology and springboarding it into society. In June, 2017, SJ Rail, the Swedish train operator, announced that 100 people were using microchips for train rides, obviously indicating that the rail system was already set up to handle the payment system before anyone was ever microchipped.

For this system, passengers with a microchip in their hand have their ticket loaded directly onto the device and the train conductor can read the chip with a smartphone to confirm payment.

The Daily Mail paints the chip in a positive light, recounting the opinion of Szilvia Varszegi, 28, who said the chip "basically solves my problems." The "problems" Ms. Varszegi is referring to is apparently the "problem" of manually purchasing a ticket or engaging in a phone-based transaction.

Ms. Varszegi said: 'When another phone reads the chip, they see the [link] and they can open it in the phone browser.'

There are concerns over the system, though none of them are related to the possibility of forced microchipping, tracking and tracing, or control of everyday citizens. The concerns are merely related to the privacy of financial information. The benefits of not having to type or use cash seem, at least for the 4,000 pioneers of the brave new world, far outweigh the dangers of potentially living a semi-life of a constantly-monitored slave existence.

Still, there have been a few hiccups. When it was launched last year, rail staff would sometimes be taken to a passenger's LinkedIn profile instead of ticket information, since LinkedIn has embraced the technology and the microchipping scheme with open arms.

This specific system is only currently in place in Sweden at the moment the country's travel system does use the same Near Field Communication as London's Oyster cards and contactless bank cards, leading many to believe that it will be expanded soon.

The microchips are around the size of a grain of rice and are implanted using a syringe into the back of the hand, usually above the thumb.