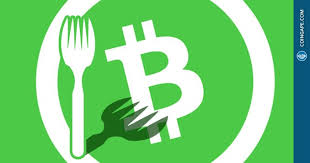 As the days draw closer to the scheduled Bitcoin Cash upgrade, affiliated organizations are preparing for the hard fork. Data websites like Coin Dance have added statistics for feature support, upgrade voting, and public opinion. Meanwhile, the Nchain-backed SV-Pool has officially announced that its pool is now open to public miners.

The Bitcoin Cash hard fork slated for Nov. 15 is getting closer and network participants are preparing for the upgrade in several ways. On Oct. 22, the mining initiative SV-Pool, supported by Nchain and the firm's chief scientist Craig Wright, announced the pool is now open to the public. This means that Bitcoin Cash miners can direct their hashrate towards the SV-Pool and get paid by an initial pay-per-last-n-shares (PPLNS) system. The pool details it plans to add more payment structures this November. At the time of writing, according to Coin Dance statistics, SV-Pool has been capturing around 2.6 percent of the global BCH hashrate over the last seven days.

According to the pool's recent announcement, SV-Pool says it stands by a "miners' choice, miners first philosophy." News.Bitcoin.com reported on the pool's first mined block on Oct. 10 and at the time SV-Pool was using an invitation-only beta period. During that time, the Bitcoin SV team launched its codebase and the Bitcoin Unlimited (BU) team also launched a new client. The latest BU code is prepared for the Bitcoin ABC team's ruleset changes and the team stated on Twitter that SV ruleset compatibility was "pending." BU's plan is to let the miners vote for features by using a system called the BIP135 bits standard.